For each of my previous posts, I primarily answered questions from Quora.com. I’m getting daily requests for new questions to answer, and I haven’t been able to keep up with them all. So, for this blog post, I’m going to make it my goal to address some of those questions…the most interesting ones, that is.

Welcome! This post is part of my Most Interesting Questions series, which means I’ll be answering the most interesting questions I can find or think of. This time, I’m not covering a specific book, film, or TV show. Rather, I’m covering a bunch of them that I’ve covered before, and I’m answering questions that I missed. Some of the franchises I’ll be covering in this post include Percy Jackson, Harry Potter, Divergent, and Avatar: The Last Airbender.

By the way, if you’re wondering about who I am, I’m an author from Portland, OR. I write epic fantasy for young adults and I have dabbled in children’s science fiction. 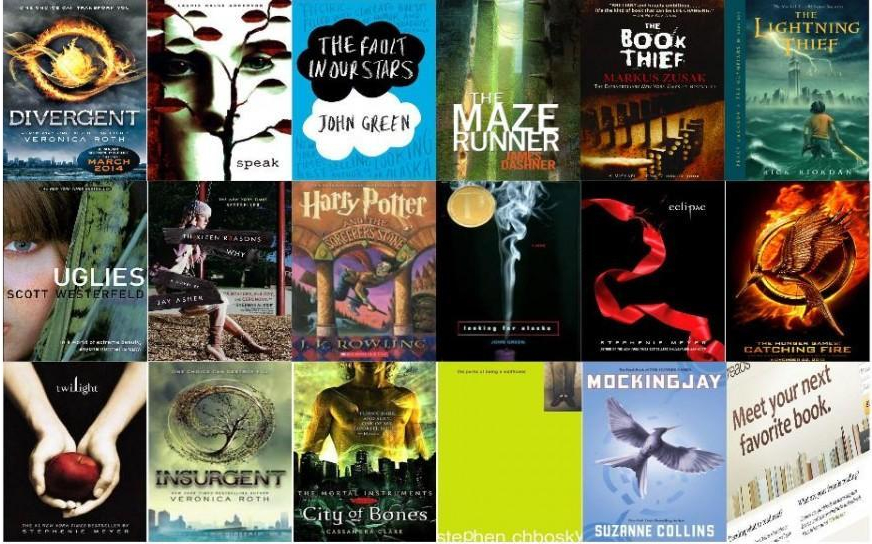 Q #1: In Harry Potter, what do you think would happen if a young wizard couldn’t afford a wand?

A: They would probably be provided for. Remember how Harry got his wand? Olivander went about, trying each and every wand to see exactly which one was the best fit. There was no discussion of cost. For a wizard, a wand is so important that I don’t think cost would be taken into account, and Hogwarts wouldn’t have anyone attending who didn’t get the best wand for their needs, or at least have the opportunity to get the best wand for their needs.

Q #2: A lot of dystopian books have the world splitting up into factions (Divergent), districts (The Hunger Games), or something similar in the future. How likely is this to actually happen far in the future?

A: I would say there’s two parts to this question. First, we have to consider whether it’s likely that the world will be ruled by one government in the future. If there’s not a single ruling entity, the whole world could not be split up into factions/districts. Second, we have to consider whether it’s likely that this one government would create a system of factions/districts. I think that it’s not particularly likely that the world would be ruled by one government in the future, so I don’t think we can even get to the second part of this question. The reason being is that in all of history the world has never been ruled by one government. Powerful countries have risen, like Rome, but they always fall, and never conquer the whole world. Plus, there is much more communication throughout the world nowadays, and more of an effort to keep super-countries from forming. Imperialism has even largely died out. If anything, there will be more countries in the far future, as people venture into and colonize space. However, it could still be that perhaps these factions/districts will form in a single country, and not the rest of the world. If this happens, that single country would have to either be aware of other countries where the districts/factions did not exist, or else they would have to be living a life with technology way behind their time, since I do not think the other countries could be hidden from that world with the technology we have nowadays, there is simply too much communication. I would say that one country developing the faction/district system is a much more likely scenario than the world adopting it, since there is such a wide array of ways a country could be run, though I think it unlikely the country running themselves this way could keep the rest of the world a secret.

Q #3: What is the Avatar the Last Airbender Live action show going to be about?

A: As far as I’m aware, it’s just going to be a retelling of the animated show.

Q #4: Who would win in a fight Percy Jackson or Optimus Prime?

A: I think it depends on where they’re fighting. On land or in the sky, Optimus Prime wins. In or near the water so that Percy can force the fight to the sea, he’d win.

Q #5: What 3 unrelated books would make a weird but workable trilogy?

A: Fun question! I think my theme for answering this question will be riches-to-rags. So for the first book we have The Hitchhikers Guide to the Galaxy by Douglas Adams, because obviously Arthur Dent has to find a cool planet for the trilogy to take place on. Once he’s there, he’ll inevitably screw things up, and that’s how we get to Mistborn: The Final Empire by Brandon Sanderson. The second book takes place about 1000 years after the first, and Arthur Dent is probably The Chosen One talked about so much in that book. Finally, after Mistborn, book three would be Holes by Louis Sachar, since by this time I imagine that’s what the day-to-day life on this planet would be like.

Q #6: Why can only portraits in Harry Potter speak? Why not photographs?

A: Because of the way that wizarding magic works. I suspect there’s some sort of magic used to give portraits life, whereas with photographs that type of magic is not generally used. There are probably portraits that can’t speak, especially in muggle homes, it’s just that the ones we do see can speak. Photographs, likewise, I suspect could speak, if the witch or wizard who created them wanted them to, but the creator elects not to give them that power most of the time, so they don’t have the ability to speak. It all comes down to what magic is used.

Thanks for reading! Now I invite you to check out more MIQ posts below, or my book Sand and Smoke, which also is fantasy, like most of the franchises in this post, with lots of action and lovable characters. If you enjoyed reading Percy Jackson, Harry Potter, or watching Avatar: The Last Airbender, you’d probably enjoy it, because it has a similar feel to all of that stuff!