We’re all kids at heart, and The Flash knows that so they make Barry like a kid so that we can relate to him.

Welcome! This post is part of my Most Interesting Questions series, which means I’ll be answering the most interesting questions I can find or think of on The Flash. The Flash is a TV series based on the DC Comics of the same name, it’s a great series that takes place in the larger Arrowverse that the CW has created. The Flash cast is one of the best in that Arrowverse, in my opinion. I especially love Cisco. I’ve watched almost every season, every episode, season 5, season 6, season 7, and more. Here are the most interesting questions I could find on The Flash. 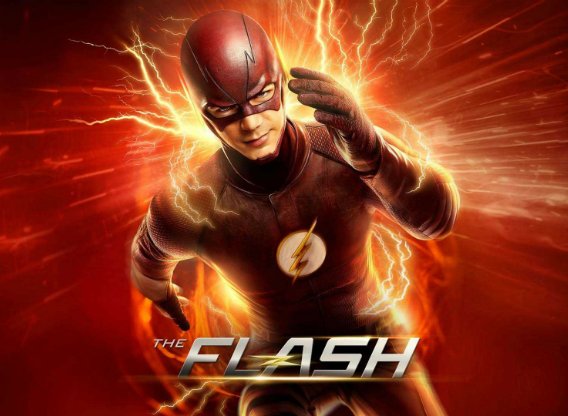 Q #1: Who is the better ‘Flash’: Grant Gustin or Ezra Miller?

A: Grant Gustin! In my opinion, the DC TV shows have proven to be much better than the DC movies. Grant Gustin is great as The Flash in in the TV show, and while Ezra Miller’s Flash movie hasn’t come out yet, given recent history I expect Grant Gustin’s performance to be more memorable.

Q #2: Why do some superheroes (e.g. the Flash, Superman) fixate on the idea that killing the villain is never justified? Is it true there is always a moral alternative, or is this just a comic book fantasy?

A: I don’t think killing the villain is never justified. Look at Green Arrow and Damien Darhk. However, it’s better not to kill if you can; it’s what the good guy does. And in real life, people who go around killing, whether they kill people who are good or bad, are called serial killers. So obviously the hero wants to do things the just way. I do think killing the villain can be justified, however in order to be justified, it would need to be because the hero has no other way to save their own, or somebody else’s life. So, they fixate on it because it’s the right thing to do. I actually deal with this same question in my book Sand and Smoke. It’s a difficult issue, and I imagine many people have different points of view on it.

Q #3: Anybody else miss Iris? What’s up with Iris not being as involved as she used to be? I’m honestly missing her and would like to see her more. Meanwhile, we’re getting wayy too much Caitlin and I’m not enjoying her performance this season AT ALL.

A: This is such an insightful question! I hadn’t even realized while watching the show, but now that I think about it, Iris has been particularly uninvolved this season. The most meaningful moments have been between her and Nora. It’d be awesome to see her contribute more to defeating Cicada, and maybe that’s what Team Flash needs, given their lack of success so far. On the other hand, I think Caitlin/Killer Frost have had some really amazing moments this season. I know they’re featured more than normal, and maybe that’s contributing to Iris getting less screen time, but I’ve always thought Killer Frost was pretty awesome and it is very worthwhile in my opinion to see the evolution of her and Caitlin.

Q #4: How can the Flash be defeated if he moves so fast?

Q #5: I know nobody cares about Cicada anymore but…what do you guys think is going on with the Nurse? Maybe she is keeping grace in a coma on purpose manipulating Cicada?

A: The Nurse is obviously evil. Probably more evil than Cicada. She seems like she’s manipulating him in a lot of ways. I wouldn’t be surprised if she’s keeping Grace in a coma on purpose. Maybe Team Flash will defeat Cicada only to find out that the Nurse is a much more potent villain than he was.

A: Ha ha. Yes. Also, we are still kids. That’s why we enjoy superhero shows like The Flash. We’re all kids at heart, and The Flash knows that so they make Barry like a kid so that we can relate to him.

Thanks for reading! Now I invite you to check out more MIQ posts below, or my book Sand and Smoke. If you enjoy reading fantasy, it might be a good fit for you. As I mentioned earlier in this post it deals with some themes that are similar to the themes in The Flash.

By the way, if you’re wondering about who I am, I’m an author from Portland, OR and I write epic fantasy and have dabbled in children’s science fiction.